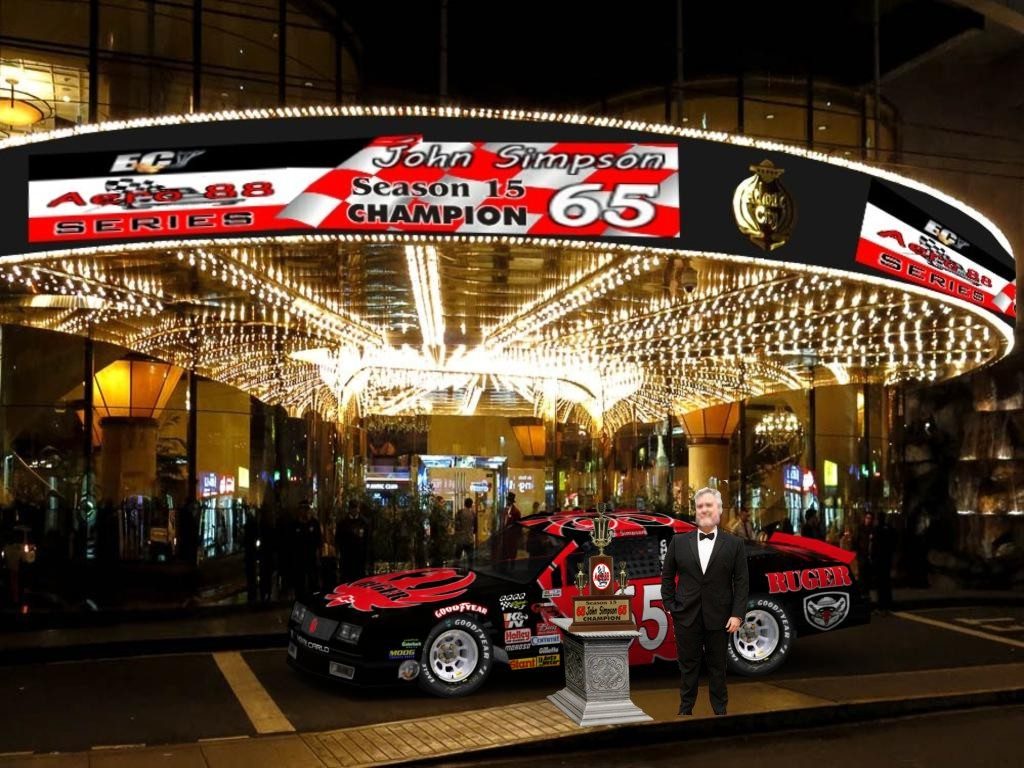 Atlantic City, NJ played host to the Season 15 Awards Banquet for ECT’s Aero 88 Series. Along with his trophy, Champion John Simpson received VIP Parking from the City. John put together a strong season with four wins, twelve top fives and never finished outside the top ten. Simpson also led a lap in fourteen races and led the most laps in four to garnish his points total with bonus points. Look for an even stronger run next season when he goes for another title.