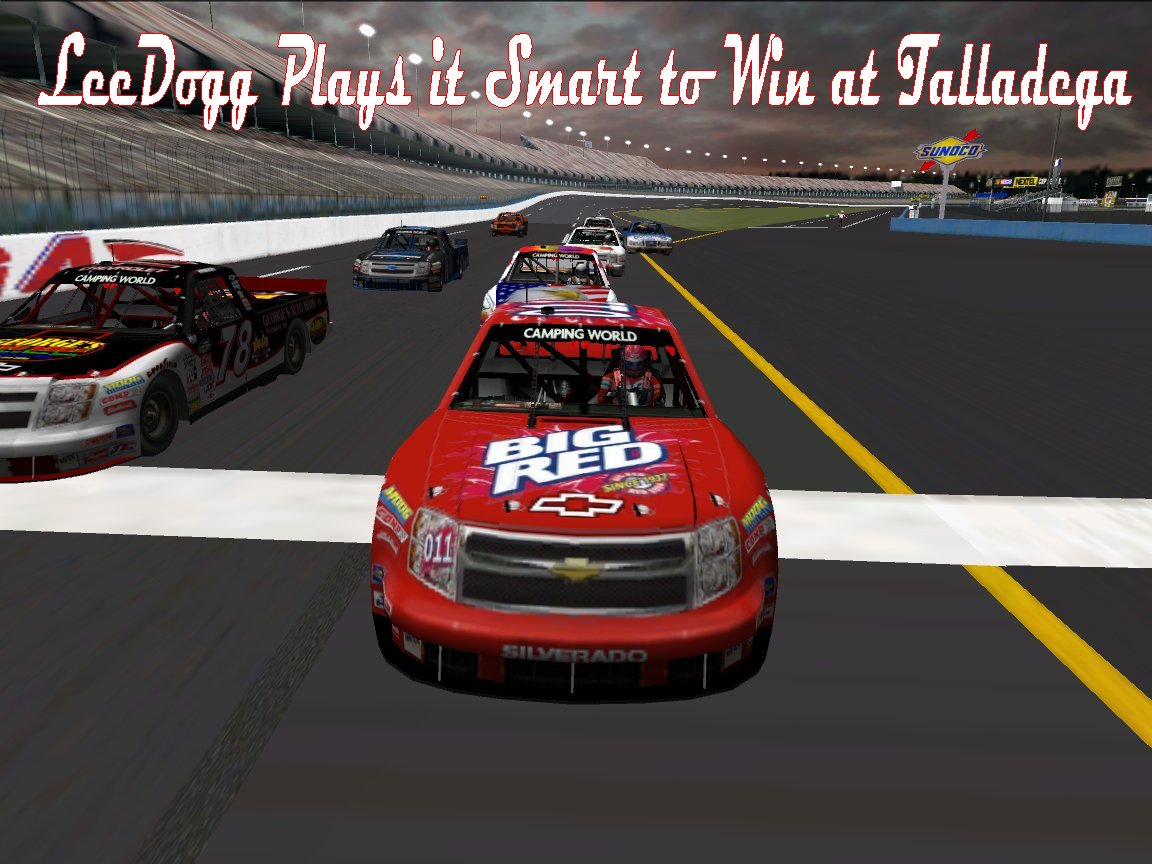 Last night the Bad Boys of ECT’s Truck Series went to the 2.66 miles Superspeedway at Talladega. The pole was taken in style by ECT-Quack with a blistering lap of 189.268mph. Quack seem to control most of the race leading 35 of the 65 lap race.The race seen a total of 3 cautions for only 8 laps.. With only a few caution laps that gave the drivers and crews to figure out what they were going to do to win the race. ECT-Leedogg played it smart waiting around a testing his truck out by going to the front and running there and then drifting to the back but still staying in striking distance. With a Caution flag thrown with a few to go ECT-Blaster along with ECT-Outlaw came from the back to the front and thinking they got the race figured out,BUTTTTTT they took to the outside and instead of going ahead they went back. This put Leedogg in the front with a few to go and with some pushing from ECT-Bobby Ambroceo kept the lead to the win.. Congrats to Leedogg !!! See you all Next week at Manasas Speedway ~~