Loedeman and Corliss @ Accord Speedway 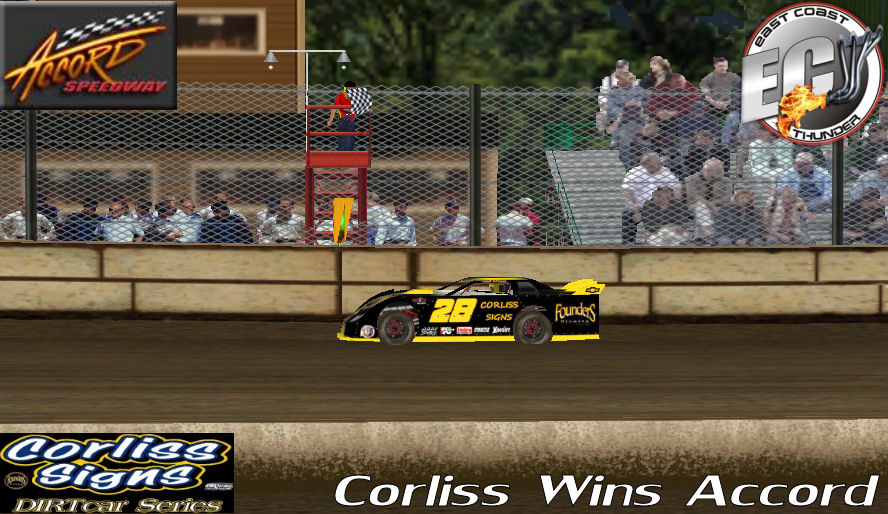 Week #10 saw the DIRTcar Series head to Accord Speedway for some fast short track dirt action. Race #1 was up first as Phil Loedeman drew the pole spot. Loedeman would jump out front for the 30 lapper, Point leader Matt Corliss would settle into 2nd hot on Loedemans heels the whole 30 laps. Loedeman never slipped up as he would lead all the laps on his way to the 1st victory of the night. Corliss was 2nd, Jim Windrow charged through thr field from his 8th starting spot to finish 3rd,  Bobby Ambroceo was 4th, and Ellis Jamrich 5th. Race #2 was the Late Models, as Corliss by the luck of the draw grabbed the #1 starting spot. Long green flag runs made for a fast race as Corliss would lead all 75 laps to win the 2nd feature of the night. Windrow hounded Corliss the majority of the race. But would end up 2nd, Loedeman was 3rd, Ambroceo was 4th again, and Jamrich 5th. With only 6 races remaining, Corliss hold a 2 point advantage over Windrow in the 55’s, and Windrow is up by 14 over Corliss in the Late Models.