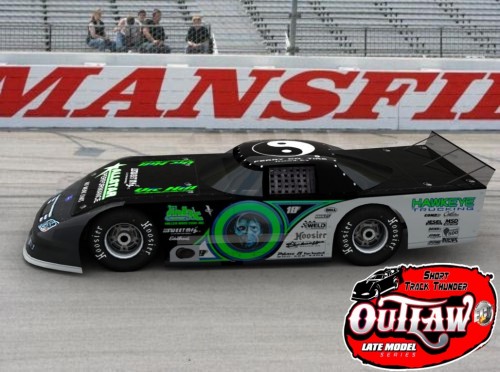 Cori Bibbus returned after a week off and proved he was ready. IROC lead from the pole until green flag pitstops at lap 53. Unfortunately his pitcrew wasn’t up to the task. Robert Baucom’s entire team came ready and put their driver out front where he would stay until the checkers. Bibbus closed the gap but in doing so used up his tires and had to settle for second. Jeff Crivello finished third for his ninth podium finish of the season and a comfortable lead in the championship points. Join us next week as we head into Salem Indiana in search of corn fed girls.