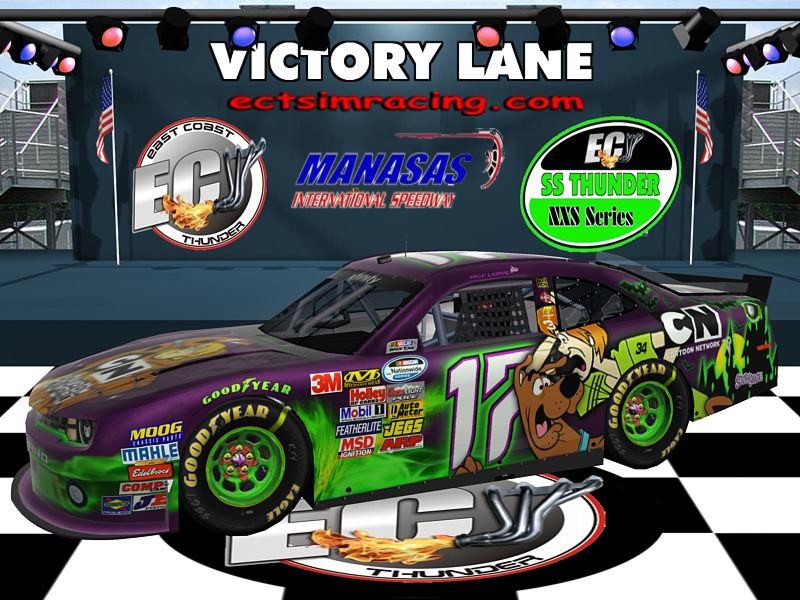 All the talk in the pits was if John Forgione would three-peat . But when it came time to qual, Diesel was a no-show having taken ill during the day. Defending Champ -ECT-Bernie would set the pole and command the first half of the race. Coming to half-way ECT Q would run out of talent and body slam Mike Scott into the wall causing a five car pile-up. When the dust settled, SWAT was sitting on the apron on his roof and along with the “Flying Fossil” would be headed to the hauler early. When the green flag flew again, two time Champ Chuck McClure would hold the point for the rest of the race. Late race pit strategy would put Redchevy, DaBandit and Don L. in a pack of their own with a commanding lead but questionable fuel to make it to the end. At two to go, Don would spin out Robbie bringing out the caution and allowing Chuck to coast to his first victory of the season. Bernie Mobbs and DMAR would clear the wreck to round out the top three. With no points on the night, Forgione would give up the points lead to a tie with Chuck and Bernie. Next week we head to the Brickyard which always provides a great race. Put on your “Big Girl Panties” and join us for some fun.