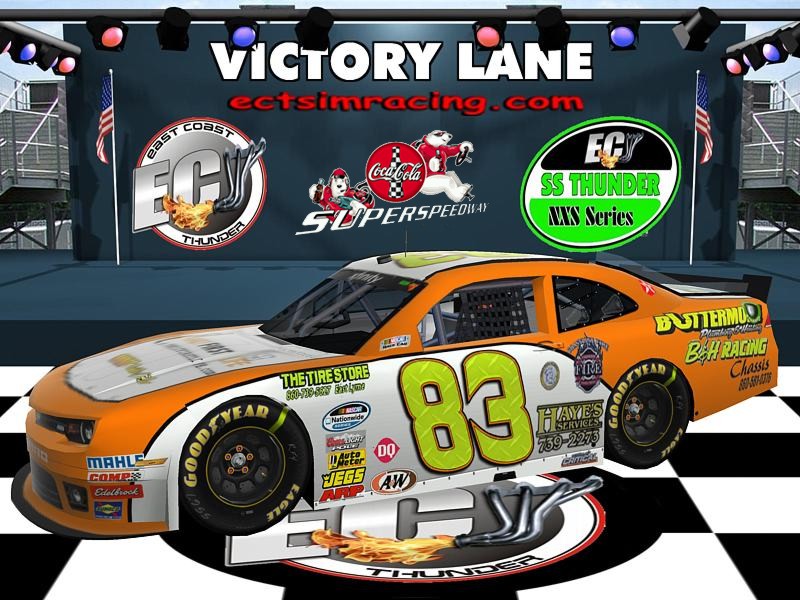 As expected the aggressive driving began immediately. Paint and positions were swapped from the drop of the green. Fuel mileage and green flag pit stops were not going to decide this one. Every position, every lap was a dogfight. Chris Taylor used his lessons learned from Race 6 and kept his nose in the wind and led the three way fight for the checkers. Bernie Mobbs and -ECT-Q finished 2nd and 3rd under the same blanket with Taylor but fell just short. Bernie still holds a safe points lead but Taylor with the win, moved into a tie for 2nd with Q. Congratulations to Chris on his first “Non Truck” win !!!!!!!!!!! Next week the war continues in Manassas, VA. Join us.