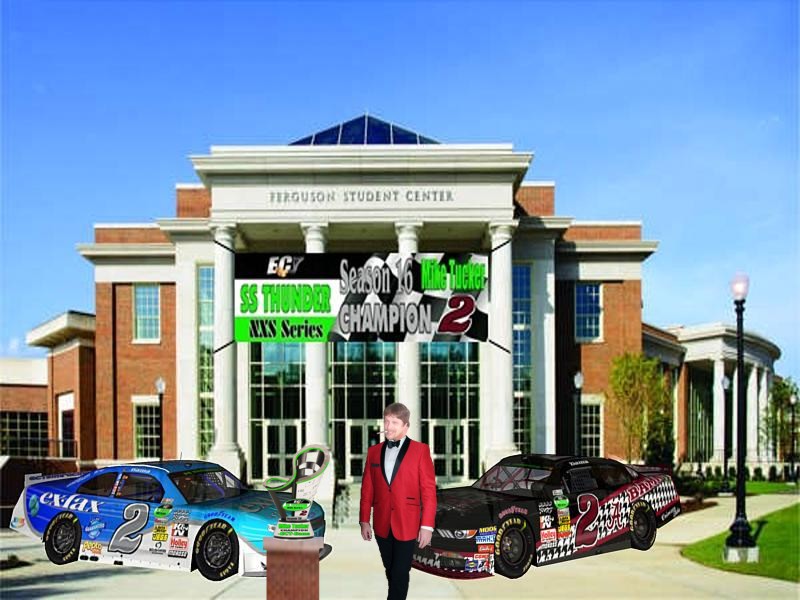 Friday night saw the SS Thunder gang crown their new champ. The University of Alabama opened up it’s campus to the “crazies” with the renovated Ferguson Student Center as the venue. Champion Mike “-ECT-Bama” Tucker brought both of his cars to the show. The Exlax car may have paid the bills for the season, but the Crimson Tide ride was the campus favorite, go figure. Tucker’s season was text book. Three wins, eleven top fives, thirteen top tens and only finished outside the top ten in the season finale when the Championship had been settled. Mike also hauled in a bunch of bonus points by leading a lap in thirteen races and the most in two. Congratulations to a Great Friend and driver. Now get ready, Season 17 is just around the corner.