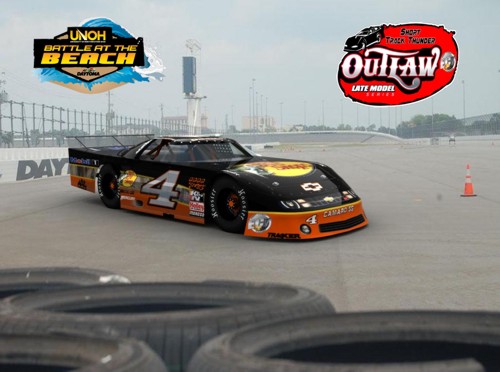 From the begining of practice it was obvious that Daytona’s experiment as a short track was a complete failure. The tight flat turns at both ends of the track were more than the boys of STT could handle. The lone exception was ECT’s Brian Schilling whose smooth style earned him the poll and most laps lead bonuses on his way to the first win of the season. Matt Smith and Ryan Beadle joined him on the podium. Jeff C. claimed to intentionally wreck himself out so he could be the first driver in the series hauler to file his protest. Next week the series travels to Sayre Speedway in Alabama for round two.