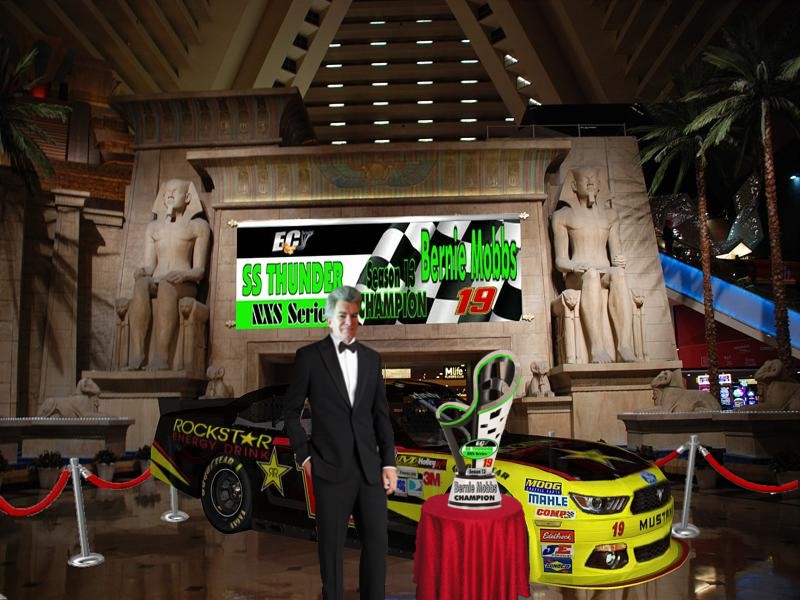 The Luxor Hotel in Las Vegas hosted the SS Thunder Series Banquet. The evening ended with the presentation of the Championship Trophy (and a large check) to Bernie Mobbs, the #19. Bernie ran a textbook series with a combination of consistent top five finishes (all but one), and bonus points. Finishing the season with two wins, four seconds, one third, four fourths, a fifth and a sixth, had Mobbs at the front all season while still making friends. A true gentleman driver. Bonus points were earned by leading a lap in ten of the thirteen races and leading the most laps in five. 30 bonus points helped with the 33 point margin of victory. Congratulations Bernie Mobbs, on a great Championship. We hope you can return next season to defend your title. We also hope you get out of Vegas with some of your prize money LMAO.