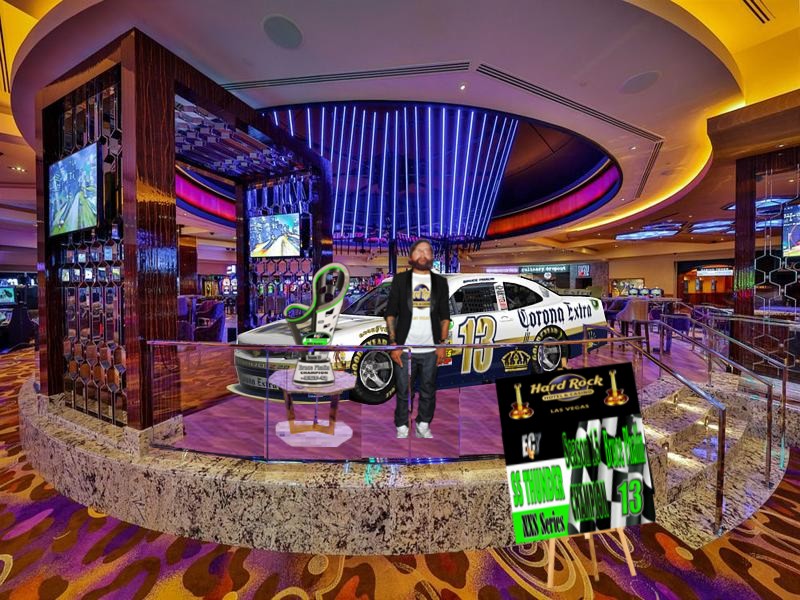 Patron Silver and Myakka Gold were the “colors” of choice at the SS Thunder’s annual party held at the Hard Rock Hotel and Casino in Vegas. Newly crowned champ, Bruce Phalin, spent the entire evening with a “fatboy” in one hand and a chilled tequila in the other. ECT Q’s season consisted of a career best five wins with three in a row for the “hat trick” at mid season backed up by eleven top fives and all but one finish in the top 10. He also took full advantage of the bonus point system by leading a lap in every race and the most in three. In his acceptance speech, Q thanked all the drivers who participated this season for making this series “the most fun you can have with your pants on” even though his “partner in crime”, DaBandit, is rumored to race wearing only woman’s underwear. Hope you all come out next season to have some fun !