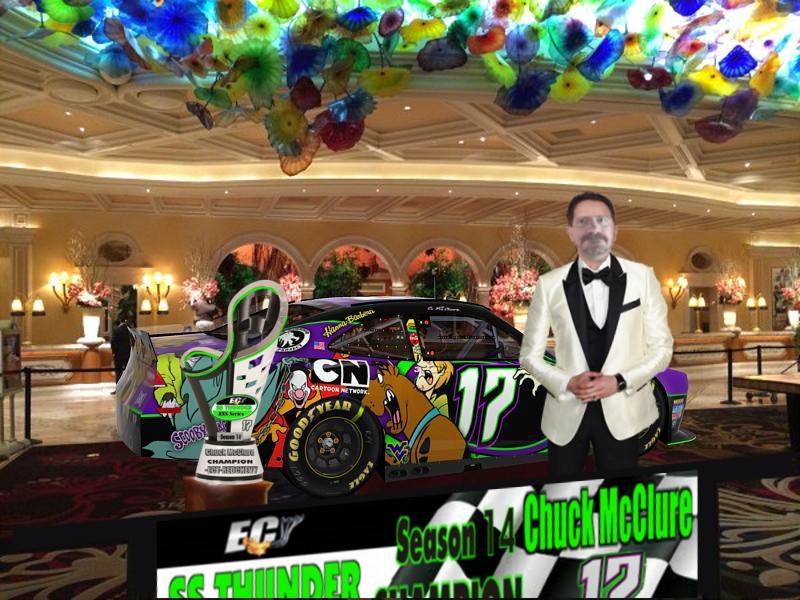 The Bellagio Hotel, Las Vegas would host the Season 14 Awards Banquet for the SS Thunder Series. It would be the hardest fought season in Series history with three drivers battling it out to the final race. When the dust finally settled, Chuck “Redchevy” McClure would beat Bernie Mobbs by six points and Bruce Phalin by nine to earn his third Series Title. All three of the contenders had a mix of good and bad races keeping the points close all season. In the end, Chuck finished with four wins, seven top fives and thirteen top tens. He also collected three bonuses for most laps led and set on the pole in five races. Congratulations to a fine gentleman racer and friend. Hope to see you all out again next season !!!!!!!!!!!!!!!!!!!!