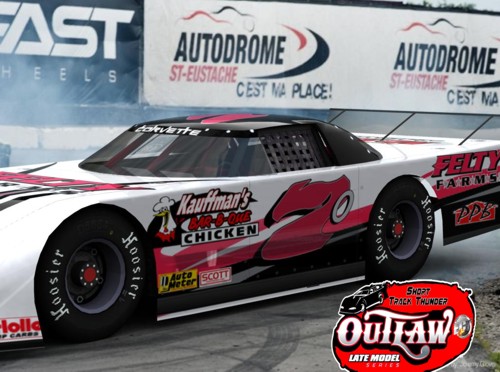 For the second week in a row, Cori “ECT IROC” Bibbus earned the right to burn ’em down on the front stretch at the end. Cautions jumbled the field several times forcing Bibbus to drive back to the front on multiple occasions. When the dust settled, he took home the cash and the beer was flowing at the Felty Farms hauler. Jeff Crivello had to settle for second but rode the points pony and extended his series lead. Bruce Phalin buried his car in the gravel trap with five laps to go handing the final podium position to the Lane Automotive ride of Bill Kring. Next week, the Outlaws complete the Canadian swing at Cayuga Speedway. Dust off that old Outlaw, and join us.