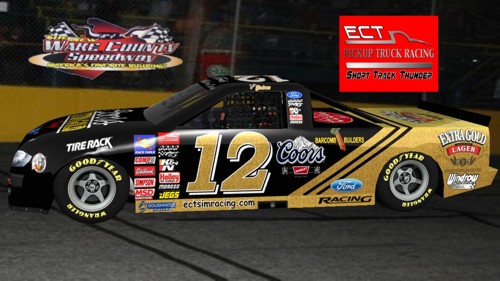 The season’s shortest track and the largest field to date would make you anticipate carnage, instead it provided the most fun event of the season. Sheet metal was bent for sure but there were smiles all around from the drivers. PA’s Cori Bibbus took his second pole in as many weeks. From there, he would lead the first 69 laps until problems pitting under yellow would drop him to the end of the longest line. A massive wreck at the drop of the green would turn the emaculate Felty Farms ride into a bent up mess. Vermonter Jim Windrow would inherit the lead followed closely by the Michigan gang of Bill Kring and Rickie “Big Poop” LaDuke. With 15 laps to go, LaDuke would jack-hammer his way past Kring for second and hold that position until the race ending caution with five to go. Jim Windrow would be first in line at the pay window for the second week in a row follwed by LaDuke and Kring. Next week New Asheville Speedway will play host to the most fun you can have with your clothes on.Join us !