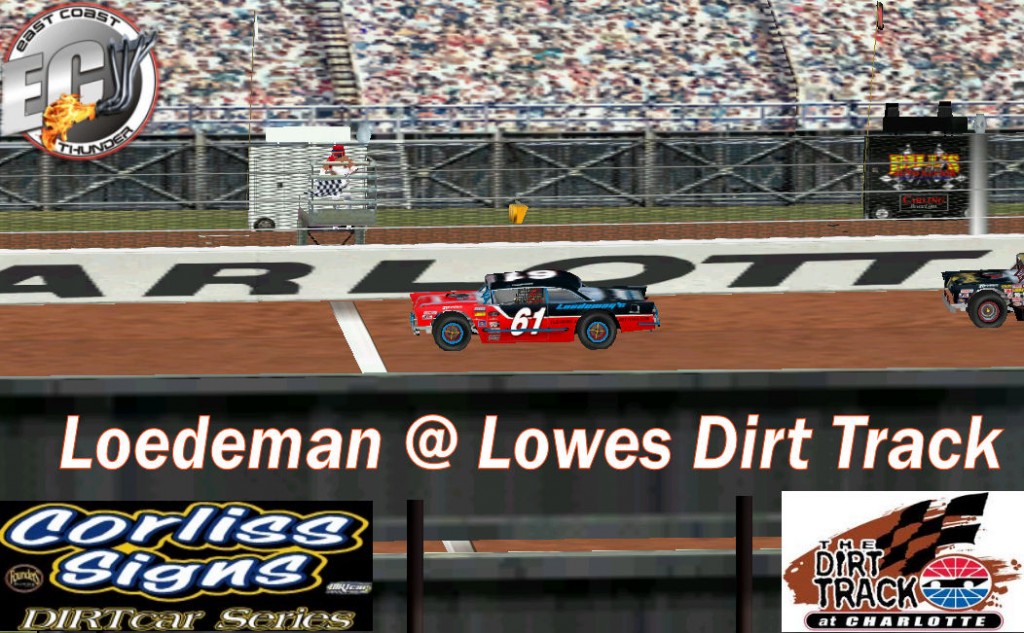 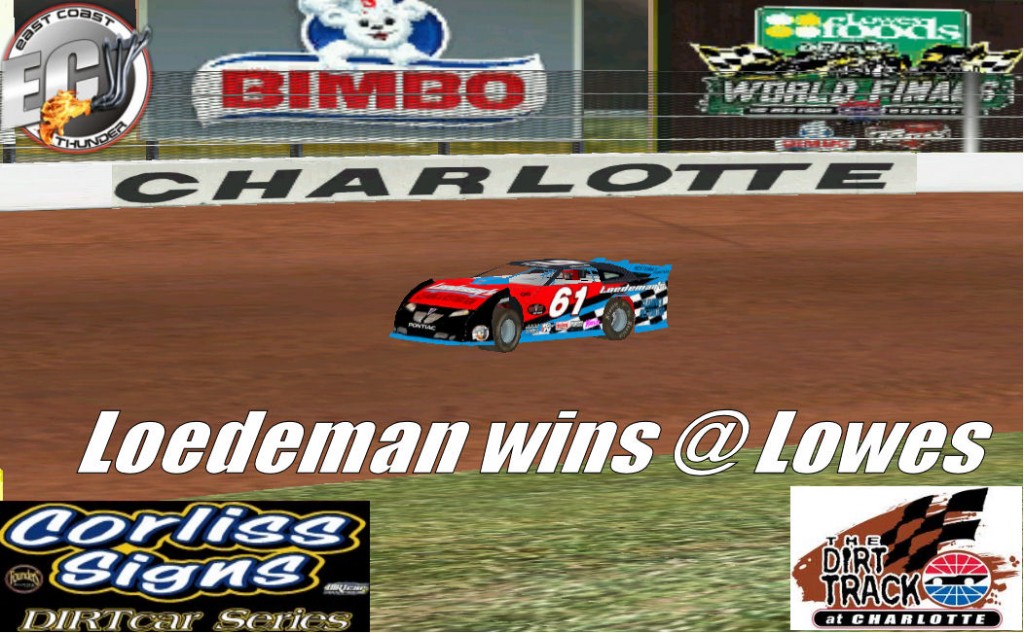 Race #7 for the DIRTcar Series traveled to Charlotte to try to master the Dirt Track. With a good field of cars the 1st feature of the night would be the 55’s. Tough runner Phil Loedeman (#61 )from Kalamazoo Michigan came firing on all cylinders. Grabbing the pole for the 30 lap preliminary event, Loedeman would lead all but 1 lap. Matt Corliss would put the pressure on the last 5 laps, but couldnt pull off the pass. Chris Taylor in the #83 had a strong run to finish 3rd, 4th was Bruce Phalinin the #13, and #1 “The Outlaw” Pete Sindone ending up 5th. Next up were the wheel standing Late Models. Short track Asphalt hot shoe, Bobby Ambroceo would start up front for the 60 lap main event of the night. Ambroceo looked strong as he led the first 22 lap of the race, only to make a slight mistake as he put the left front on the reverse apron, making his #78 machine loose off and letting Loedeman slip by for the lead. Loedeman would lead the last 29 laps to the 2nd checkered flag of the night. Point leader Jim Windrow in the #9 put some serious pressure on at the end but came up short. Corliss rebounded for a 3rd place finish, 4th went to Ambroceo, and Ryan Beadle in his Online Racing debut had a great finish in the 5th position. He also had a stong run in the 55’s to end up 7th. Corliss takes a 6 point lead into next weeks event at Raceway 7 in the 55’s. While Windrow stretches his lead in the Late Models to 10 points over Corliss.