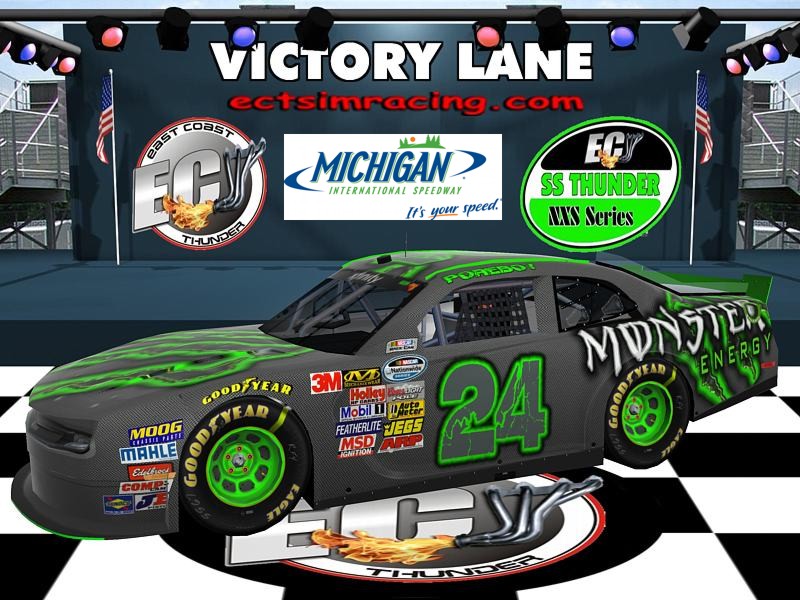 The carnage came early and often on the high banks of Michigan. The safe bet was out front After the final pit-stop, Poreboy put his Monster Nova in the #1 position and stayed there. With a screaming hornet’s nest on his rear bumper led by Chris Taylor, he kept his composure and held his line to the checkers. Taylor tried every trick in his cart but fell short, wrecking on the last lap. Joe “bag-of-donuts” Morabito missed the last lap wreck and brought his heavily damaged Chevy home in second. -ECT-FredO crashed across the finish line backwards to grab third. Bernie Mobbs, finished fifth with the most laps led and another poor showing by -ECT-Q, managed to extend his points lead. Join us next week at Coca Cola for even more fun.