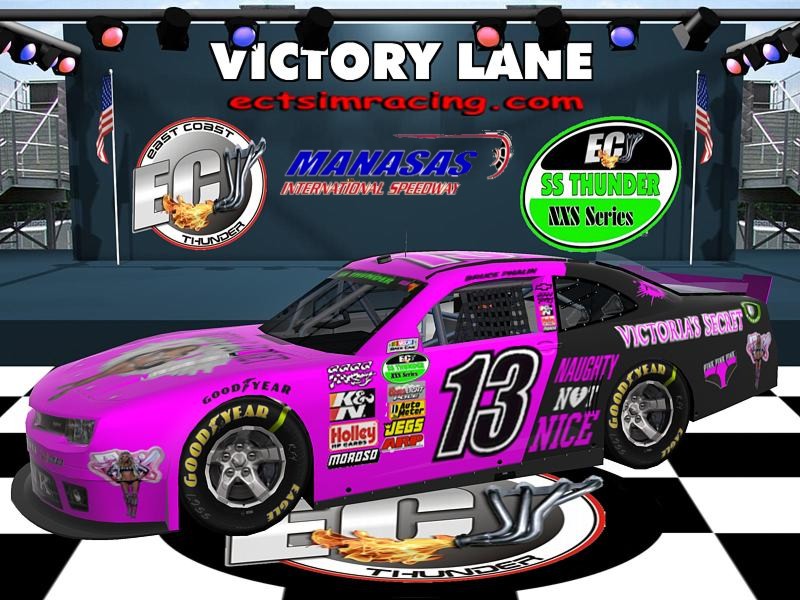 Manassas only has one line, and it’s at the bottom. But the SS Thunder gang are not willing to give up. Everyone not out front tried at least once keeping the race an actual race. Bernie Mobbs kept the inside P1 for most of the race earning his normal bonus points. A late race caution put out the green with only nine laps remaining and Mobbs and Taylor bumper to bumper out front. But Q had help in DaBandit and got a run on the leaders and jumped up in front of the outside line who held position. He managed to sail past second and get alongside Bernie. It took three laps of hard side drafting and a lot of pushing from behind but the Victoria’s Secret Chevy squeaked past into the lead. A caution came out behind the leaders setting up a one lap shootout. Wary of a retaliatory strike, Q kept his car fast and wide to take the checkers followed by Chris and Poreboy. Bernie held on for fourth and with his bonus points still holds a commanding lead in the series. Join us next week when we revisit the Brickyard.