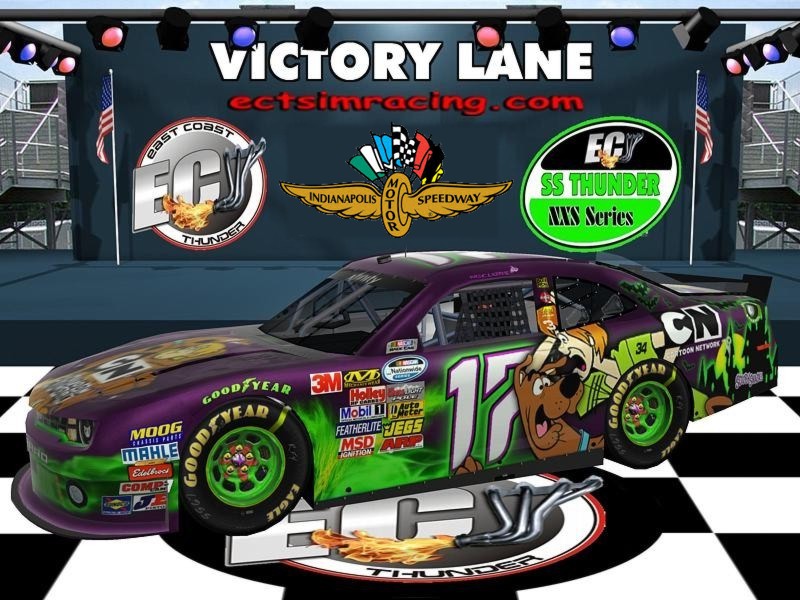 Life has a way of interfering with fun, but this week it eased up. Guest appearances by reigning Champion Chuck McClure and ECT League owner Pete Sindone were a welcome sight. Chuck proved there is no rust forming on him by setting the night’s fastest time to earn the pole. When the green flag flew, Bob D and Bernie Mobbs would set the race pace swapping the lead. Bob would eventually edge out Bernie for most laps led and the bonus points. A late race caution would bunch up the field and set up another great finish with eight laps to go. Two wide hard fought racing would take this one to the checkers. With three laps to go, Redchevy would make a bold three wide pass up the middle to get through the crowd and overtake the leader. A last lap caution would leave the leaders racing to the checkers. McClure proved that his previous wins at Indy were not just luck. Bernie Mobbs and Bob D would round out the top three. Mobbs, with his consistant performance, is the odds on favorite in Vegas to knock down this season’s championship. Join us next week in the Irish Hills of Michigan, if you dare.