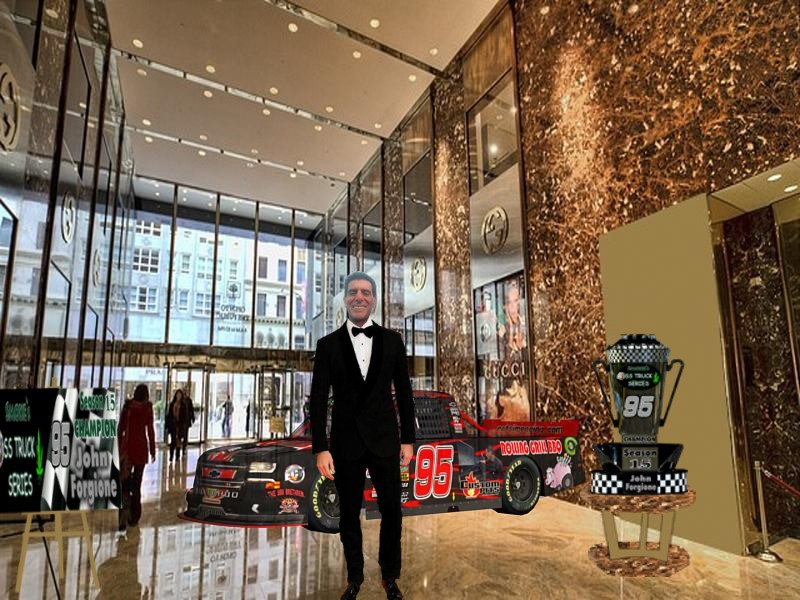 Champion John “Five Time” Forgione led the Smoke’s SS Truck gang through the heightened security to Trump Tower in NYC for it’s annual awards banquet. Though the President Elect did not attend the festivities, he did send his congratulations to John on his fifth series title. -ECT-FDEISEL95 had a slow start to the season, missing the first two races. From there it was all uphill with a six week run mid-season of either first or second place finishes to propel him to the points lead. Forgione never looked back from there and finished the last five races with four seconds and a third. John’s season totals were three wins, eleven top fives and no finishes outside the top ten. Add to that bonus points from leading a lap in twelve races and the most in three. It’s easy to see how Deisel is able to continue winning with such consistency. Forgione will be back to defend his title and welcomes ALL challengers. Congratulations to a fine driver and friend !!!!!!!!!!!!!!!!!!!!