On a cool Indiana night the Nationwide Series tackled the tough half miler @ Salem Speedway. After an early rainout in Kalamazoo, Matt Corliss made the trip south and grabbed the pole for the 100 lap event. Corliss led the field to green and led a couple of laps until Ryan Beadle in the #29 Founders Brewery Chevrolet took the lead away. Beadle lead the most of the fierst half of the race but would find himself in trouble as he couldnt keep it off the wall. Ellis Jamrich in the #10 proved he was a contender leading 32of the laps. With 22 laps from the finish, Jamrich made a mistake and missed pit road, while the others pitted, Jamrich had to come in the next time by, giving way for Corliss to take the lead and never look back leading the final laps to the checkers. Jamrich was 2nd, Bill Kring was 3rd, Bruce Phalin 4th, and Beadle 5th.

Corliss holds on to Win @ Greensboro 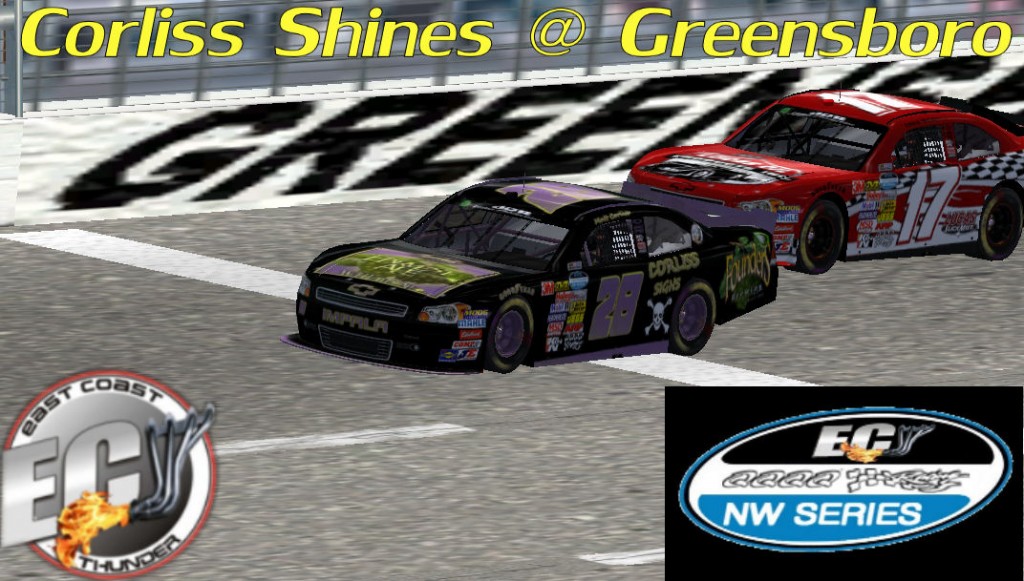 Saturday Nights hot spot was at Greensboro Speedway where the Nationwide Series took to the 4/10ths of a mile oval. The #17 of Chuck McClure grabbed the pole and led the field to the green. Matt Corliss in the #28 machine follow McClure’s tire tracks through half way, attempting to pass on the outside, but just couldnt get the grip to pull it off. Finaly McClure would slip up a little off the corner and that was all it took for Corliss to sneek by. A late race caution bunched up the field and put McClure on the rear bumper of Corliss, McClure put on the pressure but couldnt make it happen and Corliss drove to the win.

Corliss leads the way to the Checkers @ Jackson Speedway 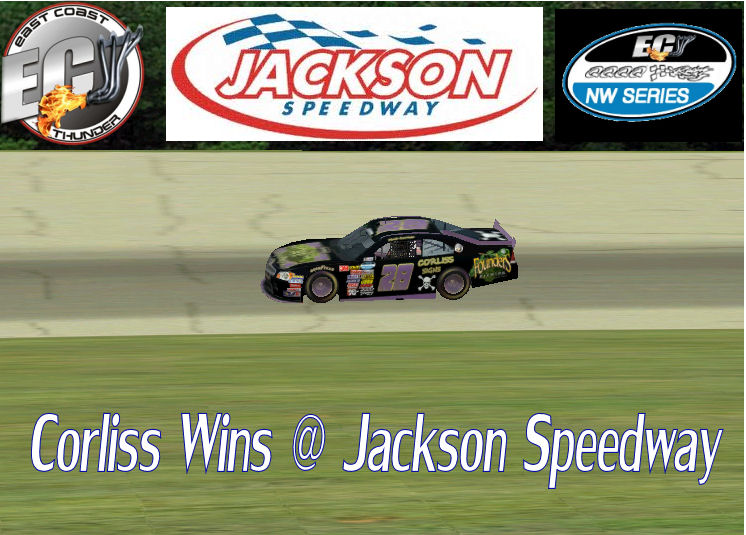 Jackson Speedway was where the action was for the Nationwide Series. Matt Corliss in the #28 machine set fast time and grabbed the pole for the 100 lapper. With a race that only saw 2 yellow flags fly early, tires would come into play. With 80 laps to go the field stopped for tires as the leader Corliss stayed out hoping for a yellow later in the race. But what he saw was no yellows, the race went green for the final 80 laps, but Corliss was able to conserve his tires and make it to the checkered flag. Others were not as successful as Bruce Phalin in the #13 was running 2nd when his right front let go. Bill Kring would finish 2nd, Ellis Jambrich would take advantage of Phalins trouble and end up 3rd, Phalin was 4th, and Ryan Beadle would end up 5th.

Bibbus wins 2 in a row

Huntsville played host to the final race of the Alabama swing of the NW Series. The combination of banking and track surface made for better grip and closer times as the boys made practice laps. PA’s Cori Bibbus would win the pole for the third time this season. Early race cautions would slow the pace and see several front runners out early. Michigan’s “Hot Shoe” Matt Corliss would go out first with a freak pit accident. Un-substantiated rumors in the pits say that a girl from one of the opposing teams flashed Matt when he was entering the pits and distracted him into the wall. When reached for comment, Corliss said “there’s an invisible wall in the pit lane”. I guess if my wife was standing with me, I’d make up a story too LMAO. The Easter Bunny wrecked me. Also out early for the second week in a row, the points leader Jim windrow would suffer on track incidents. 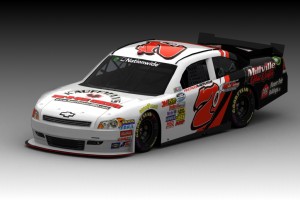 The second half of the race would run mostly caution free allowing Bibbus to pull away from the rest of the field leading a race high 96 laps on his way to his second win in a row. Florida’s Bruce Phalin would wear out his tires trying to chase Bibbbus to no avail. This allowed OGR Outlaw to run him down with ten to go and take over second at the checkers sending Phalin to the pay window in third. West Viginia’s Chuck McClure returned to the series, running up front all night and finishing fourth. Gregg Trogden was back this week and rounded out the top five. Next week the haulers head into Blue Grass country as Louisville will be the scene of the next battle. Be sure to join the fun.

Race #6 of the NW Series was hosted by Birmingham International Speedway. Following a solid week of rain, the track was washed clean of any traction providing rubber. For the second week in a row, “icey” conditions would plague the drivers and require a soft touch on the gas pedal. Vermont’s Jim “Tree Hugger” Windrow would set fast time in qual putting him on the pole. Unlike most tracks, the outside line held all the traction and speed.

PA’s Cori Bibbus would use his outside pole position to jump immediately to the lead and never look back. Overcoming his early season bad luck, he would only give up the lead under pit stops . Slick conditions would lead to a total of eight cautions and cause the early retirement of several top drivers including series points leader Windrow. When pressed for an interview, Windrow threw his helmet at the camera crew and stormed into his hauler. Following his on-track antics after being DQ’d and then his actions towards the TV crew an invitation to the Series Trailer was issued. Results of that meeting were not available at this writing. The last half of the race was run mostly under green and brought tire wear into the picture. Shredded tires and body parts brought out the caution to end the long green flag run because of debris. One final self spin would set up a green-white-checker finish. Bibbus would hold off the hard charging Gregg Trogden and Danny “Seriously” Savary to lead 101 of 105 laps along with the final one for his first win of the season. Trogden would spin heading to the checkers allowing Savory into second and ending up in third. ECT Q and Ellis Jamrich would round out the top five. Next week is the final race of the the Alabama stint in Huntsville. The track surface in Huntsville will provide a much different kind of race. Come and join the competition.