Savary gets his 1st of the Season in the Late Models, Windrow again in the 55’s. 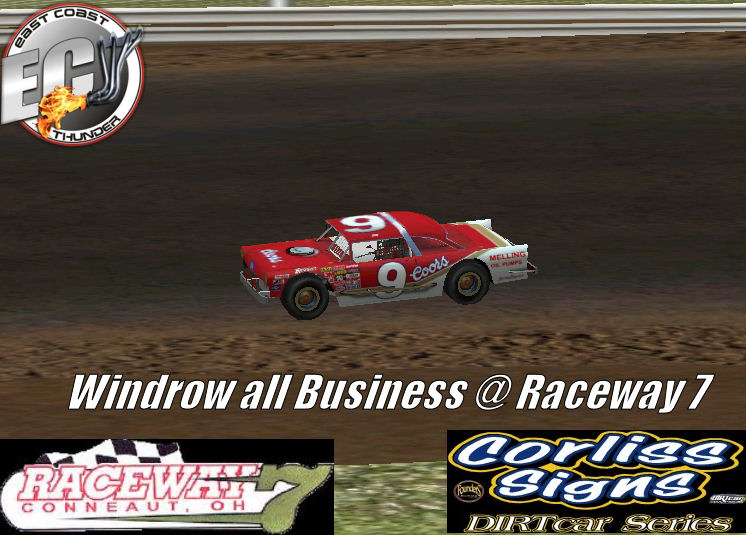 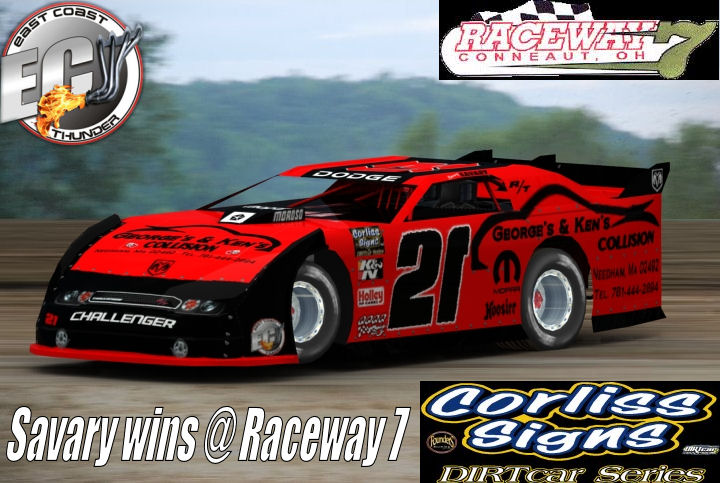 Week #8 the DIRTcar Series rolled into Ohio on a cool Thursday Night. Raceway 7 Speedway was the sight for some very difficult conditions. First up on the slate were the classy 55’s for a 25 lap feature. Bobby Ambroceo(#78) drew the polr for the event. As the green flew, so did the excitement. Ambroceo jumped out front and looked very strong in the early going. From his 8th place starting spot, Jim Windrow ran his #9 Chevy to the 2nd spot. Ambroceo made a mistake off the corner and lost control down the front stretch to give up the lead to Windrow. Ambroceo was able to gather it up to keep running. Point leader Matt Corliss jumped to 2nd and worked Windrow for the last 12 laps but was unable to overpass him. Windrow went on to win his series leading 4 feature of the season. Corliss settled for 2nd, Danny Savary wound up 3rd in the #12, 4th Bruce Phalin in the Slinky #13, Chad Barcomb was 5th in the #50. Next up was the Late Models. The track was in very bad shape by the main event of the night and was very slick.  Phalin started on the pole, but by the end of lap one, Danny Savary in the #21 Rockstar Chevy took the point and never looked back. Savary drove a spectacular race in some fierce conditions to lead all 50 laps. Corliss who started in the 10th position  finished 2nd, with Windrow 3rd, Bill Kring had a great run in 4th and Phalin in 5th. There were only 2 yellow flags the whole race. The drivers proved to be the best in the country for sure.