Race #6 on the schedule for the DIRTcar Series was at West Milton Raceway. The 55’s rolled out for there 25 lap feature event. Point leader Matt Corliss drew the pole. At the green Corliss drove off and led the 1st 6 laps as Hot Shoe Jim Windrow drove around him on the outside to take the lead and lead the remainder of the laps to take the checkers. Phil Loedeman was 2nd, Corliss 3rd, Chad Barcomb 4th, and Jack Reacher 5th.Next up was the 50 lap feature for the Late Models. By the luck of the draw, Windrow drew the pole and never gave it up. 3 wide racing towards the end would show the fans some excitement as Corliss and Phil Loedeman put the pressure on Windrow, but was 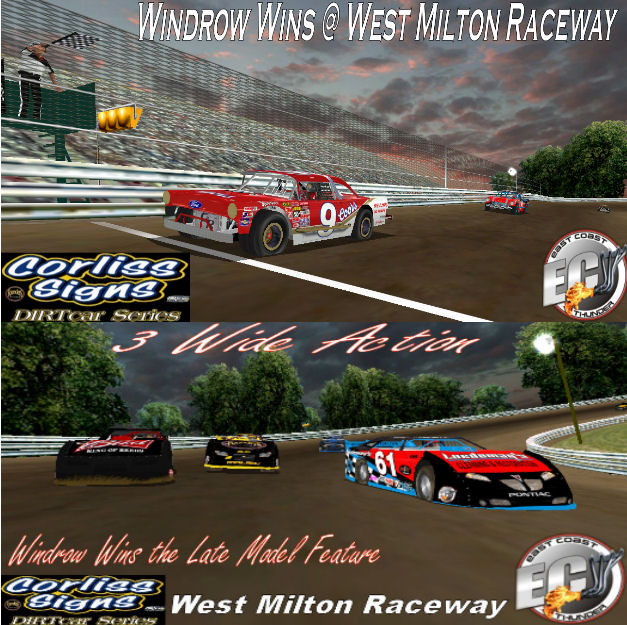 no match for The Legend.  Loedeman was again 2nd, Bruce Phalinm was 3rd, Corliss 4th, and Reacher 5th.