Windrow Survives Bradford to pull off the Sweep 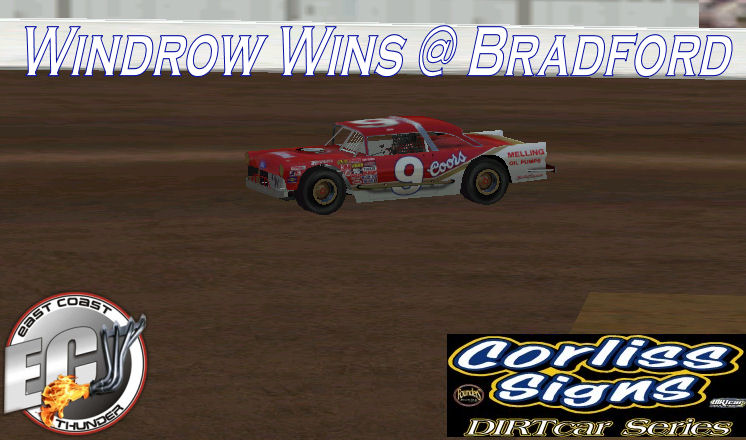 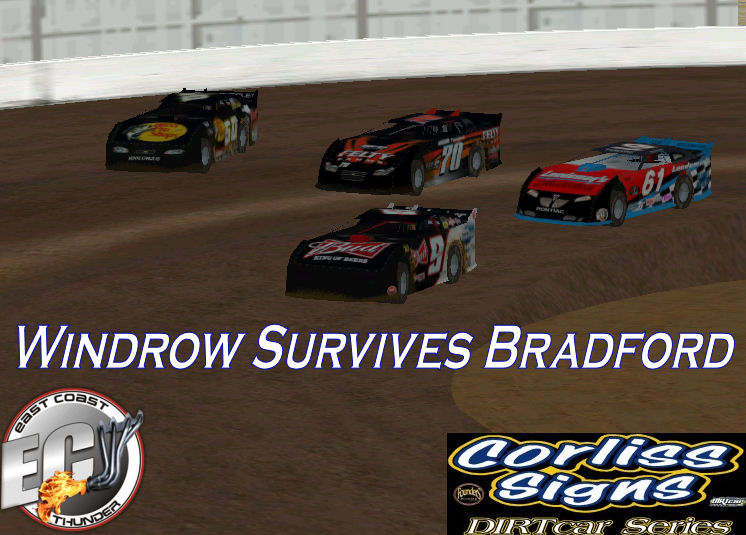 Week #9 saw the DIRTcar Series head to “The Hill” Bradford Speedway. The first race of the night was the 55’s as Bruce Phalin would lead the field to green. Lap 4 saw Jim Windrow take the lead and never look back as he led the last 27 laps to win the first feature of the night. Point leader Matt Corliss finished 2nd, Chad Barcomb 3rd, Cori Bibbus 4th, and Robby Neises 5th. Race #2 was the 75 lap Dirt Late Model feature. Neises started on the pole and led the first 5 laps. After some 3 wide and sometimes brief 4 wide racing, Jim Windrow again proved to be the class of the field as he drove his Budweiser Chevy to the checkered flag. Barcomb finid=shed 2nd, 3rd went to Chris Taylor, 4th to Neises, and 5th was Corliss. With a great night for Windrow, he pulled within 1 point of the Corliss in the 55’s, and extended his Late Model lead to 20 over Corliss.